This memorial statue is locaed in Kursi village is dedicatd to those people, who fell in the War of Independence during 1918-1920. The monument was opened on the 26th of September 1926. It was designed by Voldemar Melnik (Mellik), the stone work was done by M. Pärn. Bronze statue and other parts are from Truusti factory. The soldier of the statue represents partisants of Kuperjanov. The bronze soldier was taken down during Soviet time, right after WWII. The stone bae was destroyed  in 1948. The momument was re-opened on the 23rd of June 1992. 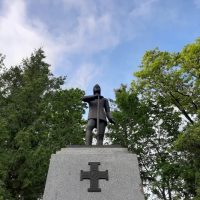 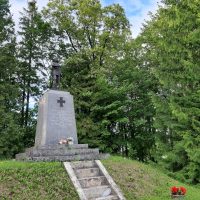