The present sanctum is built on old church walls in 1648. Under the lead of J. G. Mühlhausen, the church got its presents look during 1871-72. Its supposed that the Manteuffel chapel, built during 1760s, was torn down then. In addition to the big tower, 12 smaller apostle towers were added. The tower bell is made in Tartu in 1922. The organ is built by Wilhelm Suaer in Frankfurt near Oder in 1898. The altar painting “Kolgata” (author unknown) dates back to 1872. The altar area is made by Ants Reinberg (Raatmaa). 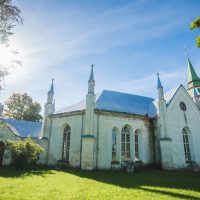 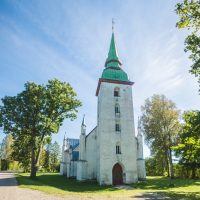 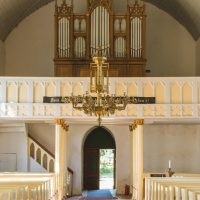 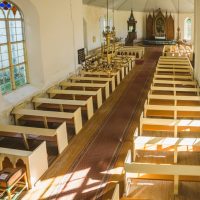