In 1920s Põltsamaa Gymnasium started operating in the house. School used to building until 1980s – that is when new schoolhouse was built nearby and the school moved there. The school still used the manorhouse until 2004, mostly for storage. 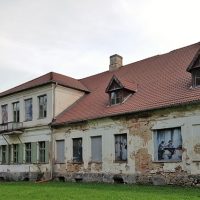