During Estonian-Latvian cooperation project “Riverways”, different water trips routes on river of Estonia and latvia were developed. See the map of River Põltsamaa and its routes here!

On River Põltsamaa we recommend the following routes:

This route of River Põltsamaa is rather calm, a few spots are quick-flowing. First, you can see forest, hayfields and bog area (Endla Nature Reserve) on the shore; later, forest varies with hayfields and farmlands. There is almost no settlement on the riverbanks.

The downfall is a bit higher in this part of River Põltsamaa. Most of the time, river is shallow, stony and alvar. You can see settlements on the riverbanks.

In this part of River Põltsamaa, flow is variating. Route goes through Lake Kamari. After passing the lake, the right riverbank is covered with settlements and farmlands, left bank is mostly covered by Alam-Pedja Nature Reserve.

In this route of River Põltsamaa, river is a little calmer. The shores are covered with forest, Alam-Pedja Nature Reserve can be viewed on the left shore. In the end of the route runs Suur-Emajõgi – you can usually pass it by going upstream, but depending on the water level (during flood), you may go downstream. 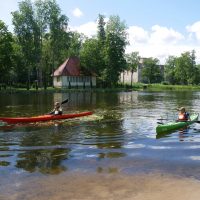 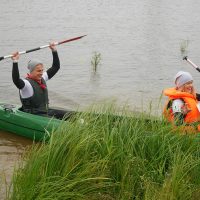 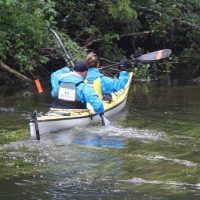